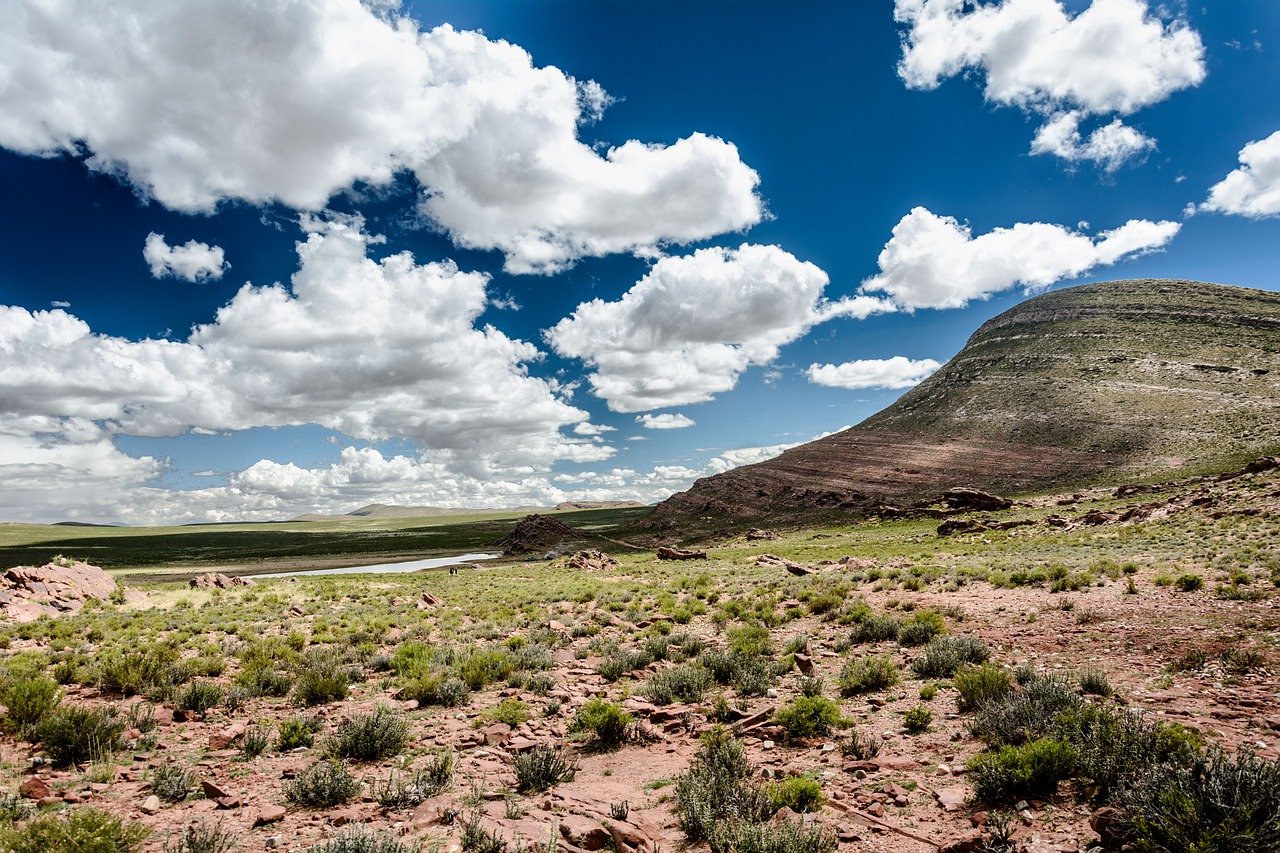 South America is a region of the Americas, mostly in the Southern Hemisphere, with a relatively narrow strip of land that extends into the Northern Hemisphere. The South America area includes twelve sovereign states: Argentina, Bolivia (Plurinational State of), Brazil, Chile, Colombia, Ecuador (Republica del), Guyana (the Co-operative Republic of), Paraguay (Republica de), Peru (Republica del) Suriname, and Uruguay. The combined population of South America is about 318 million people. About 12% live in urban areas such as São Paulo or Buenos Aires. South America area is the fourth largest continent and it spans over an area of 17,840,000 square kilometers. It has a coastline that stretches for more than 6944 km along the Pacific Ocean and it contains many huge mountain ranges including Andes Mountains. The longest mountain range in all of the world is located in South America and it covers a distance of about 6700 km. The Andes Mountains create many important basins between them that the major rivers in the continent are flowing through including the Amazon River, La Plata Basin, Orinoco Basin, Paraguay Basin, and Parana-Maranhao Basin. In the South America area, you can find a lot of cultures that have been preserved from ancient times. You can explore the native Indian culture, which is rich with cultural heritage and ethnic diversity. In addition to the modern cultures in this area, you can also experience many different types of traditional music.

One of the most important cities in South America is Rio de Janeiro, Brazil. The city is very famous for its wonderful beaches and as an extremely popular destination for tourists from all around the world as well as a major center of international finance, commerce, culture, arts, and media. The city is home to the world-famous Carnival, which is a four-day celebration before Ash Wednesday that features colorful parades, lively music, and beautiful costumes. The city of São Paulo, Brazil is also a major cultural center in South America and it has the largest concentration of theaters and opera houses in all of Latin America.

The people of South America are descendants of immigrants from all over the world. European colonization during the 16th century caused a mixed race of people that exists in many countries to this day. Spanish and Portuguese are the predominant languages spoken in South America, although many other languages are spoken such as Quechua, Aymara, Guarani, and Italian. The main religion in South America is Christianity where the Catholic Church was established. Catholicism was brought to South America by the Spanish and Portuguese in the 16th century. Brazil, Argentina, Chile, and Uruguay are some examples of where Catholicism is still widely practiced today.

The education systems that prevail in the South America area generally consist of preschool programs for children between ages three and five; primary education from age six to twelve; and secondary education from age thirteen to eighteen. The school year in South America usually runs from February to December. Brazil has the most universities in all of South America, with about 26,000 primary and secondary schools throughout the country. However, the quality of education in these universities varies greatly. In general, the quality of education in private schools is much higher than the public schools. Brazil, Argentina, and Chile have compulsory education laws that require children to attend school from ages six to eighteen.

In conclusion, the South America area is a place that is rich in culture, geography, and history. There are many different countries located in this area with diverse landscapes, languages, and religions. There are many different types of interesting foods in this area that you can try when you visit! South America is a beautiful place to learn more about.