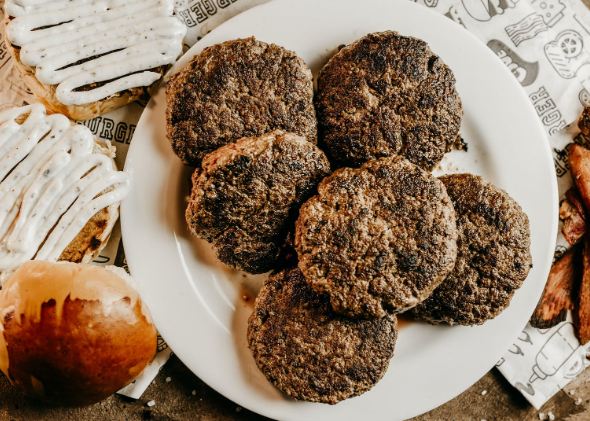 Located on South America’s northern Atlantic coast, French Guiana holds a special place in the bucket list of many travelers. From its Atlantic beaches and lush-green mountain regions to steamy jungles, the region is truly enchanting. Besides visiting many tourist attractions in French Guiana, travelers can also relish their authentic food. Here is a list of some famous French Guiana food dishes and drinks you shouldn’t miss on your first trip.

Referred to as the national dish of French Guiana, Bouillon d’aourais a dish made with Awara fruit, smoked chicken, and vegetables. Seafood including smoked fish, prawns, and crabs are also the chief ingredient in the dish. Bouillon d’aourais served with rice on Easter and other special events.

Well, there is an amazing story behind this popular French Guiana food. As per some legends, a Guianan princess wanted to marry a white guy whose family opposed their relationship. She prepared a dish which if, approved by the boy, would unite her with him. This dish Bouillon d’aourawas eventually approved and the princess subsequently got married to her love.

Another famous dish from French Guiana is chayote-potato cakes. As the name implies, the toasted cakes are made from boiled potato and chayote, a type of squash. Eggs, yellow cornmeal, onions, turmeric, and black pepper are also added to the cake batter. The batter is then added onto the hot skillet and cooked like a patty.

Many people consider Boucanage as a dish. In reality, it is a technique for preparing meat. The technique involves covering the meat in banana plant leaves and cooking it over an open fire.

Blaff is fish chowder cooked in a spicy broth. Onions, garlic, ground allspice, cloves, and hot peppers are added to the dish to add spiciness. This dish is often served in breakfast with rice pilaf. Well, all varieties of fishes can be used to prepare the dish. However, generally, cod steaks or other white fishes are included in the dish. Blaff is eventually scented with some white wine, thyme, chives, parsley, and lime.

Planter is a famous rum cocktail prepared with rum and fruit juices. Generally, sugar is also added to the cocktail and it is eventually topped with soda. Many bars also garnish the cocktail with mint, orange wedges, and cherries. Well, when it comes to fruit juices, fruits that are usually used are mango, pineapple, and orange.

Kalou is basically fish stew prepared with white fish fillets, green peppers, onions, Swiss chard, and collard greens. The firm fish is first cut into pieces and then added along with butter to the sautéed vegetables. Water is added to the dish and the fish is allowed to cook covered on a simmer flame for 22-23 minutes. The stew is made spicy by using chilies and crushed red pepper flakes.

Roti which is thick roasted or fried bread is also served in French Guiana especially during holidays. The bread is usually served with chicken stews, rich curries, and sauces seasoned with spices. Holiday dessert includes custards filled with something like vanilla and topped with freshly chopped fruits. Some other specialties of French Guiana include:

Plan to visit South America and don’t forget to taste the amazing French Guiana food dishes as well as drinks!

5 Best Places To Travel In Colombia

Travel to Colombia – A Wonderful Experience

Tips And Advice For People Travelling To Peru