Everything You Need to Know About Cape Horn 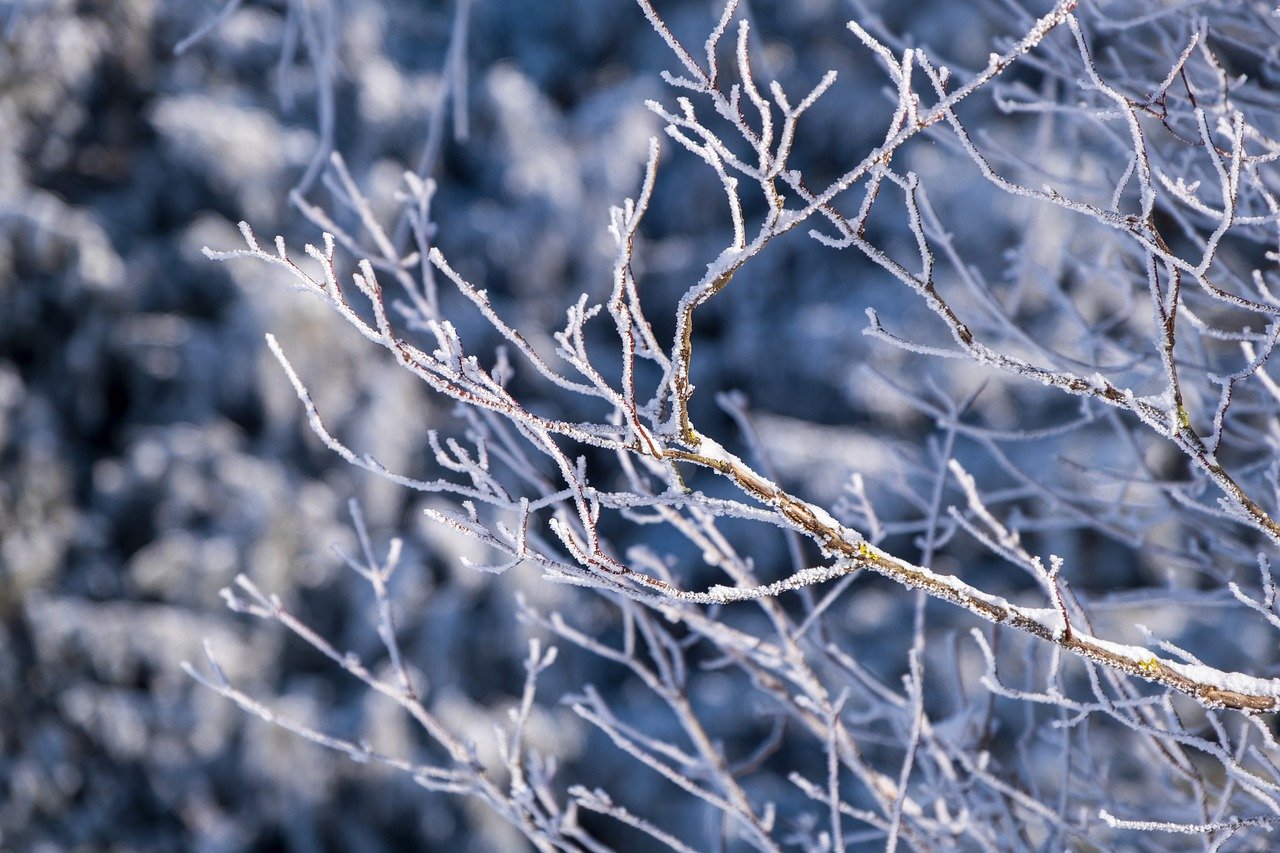 Cape Horn is one of the most iconic landmarks in the world. The southernmost point on the American continent, the Cape Horn passage is a stretch of water between South America and Antarctica that welcomes many tourist boats, both recreationally and for sightseeing.

Every year, thousands of people travel to this part of Chile to experience its beauty first-hand. They take tours from Santiago or Punta Arenas (the only other town nearby), traveling through wintry landscapes before reaching their destination at last: Cape Horn.

The cape itself is surrounded by glaciers and rocky peaks; it’s an awe-inspiring place where you can feel like you are standing on two continents at once or even three if you count.

What is Cape Horn? Cape Horn is a rocky headland in the southern part of South America; it is the southernmost point on the American continent and rounds out the tip of South America. It lies in Cabo de Hornos National Park in Chile. The cape is located where the Atlantic Ocean meets the Pacific Ocean.

Because of its position on the very edge of South America, it lies exactly opposite to what lies at the southernmost point on the African continent: Cape Agulhas. This makes it a major landmark and tourist attraction for many ships and boats traveling between South America and Antarctica; because of this, despite being remote and inaccessible, it’s still one of the best places to go to. The sheer cliffs of the cape and its surroundings present a majestic sight; weather conditions permitting, you can see glaciers and snow-capped peaks all around. There are also seabirds and penguins in the area year-round.

A bit of trivia is that this cape was once home to approximately 20,000 seals; the area is now considered a protected zone. Despite this, tourists often see these creatures near or around the cape. Moreover, Cape Horn represents adventure, beauty, and exploration for many people who visit it.

Many famous seamen of the ages have taken a look at Cape Horn and turned back. Allegedly, Sir Francis Drake set eyes on the cape in 1578 but thought better of making the crossing.

Ferdinand Magellan had significant doubts about sailing around Cape Horn. Rather than attempting to go around the cape, Magellan selected the Strait of Magellan, which was named after him.

The first recorded sightings of Cape Horn date from the 17th century, when the Dutch East India Company controlled trade to Asia. While seeking a different route to the Straits of Magellan, Isaac Le Maire, Guillermo Cornelio, and Juan Schouten discovered what they thought was the southmost point of Tierra del Fuego.

They called it Cape Horne, after the city of Hoorn in the Netherlands, because of its resemblance to that place. The Drake Passage became an important shipping lane. Antarctica was not discovered for another 200 years owing to the unpredictable weather and seas less than 1,000 kilometers away.

The first European to see Cape Horn was an Englishman, John Davis, who sailed through it in 1611. On January 24, 1616, the French shipowners Isaac Le Maire and his sailors Guillermo Cornelio and Juan Schouten completed a passage that had been started by Cornelius Van der Deyn.

They called the channel “Le Maire” after his name, and named the island to the east “Statenlant” (land of the states). They considered it to be a peninsula of Terra Australis Incognita because they believed it was land.

They rounded the Cape Höorn on January 29, 1616, opening a new route between the Atlantic and the Pacific. They had no plan until they reached Java and the Moluccas in the Pacific.

The best time to visit Cape

Horn is between December and February; the peak tourism time of the year. There’s also a period around late November where many ships travel to Cape Horn for sightseeing purposes, especially if their main destination is Antarctica. It is always best to visit with a tour group or guide who can help you get there safely and know which sites to see along the way.

Tours usually start in Punta Arenas or Santiago. It’s best to take a flight to these cities if you are not already nearby so that you can begin your exotic journey into what some call the “End of the World”. From here, it takes about 6 hours to 8 hours by boat to get to the cape.

You’ll see the genuine Cape Horn lighthouse on the horizon as you disembark your zodiac boat and head towards Cape Horn. It is the most southerly lighthouse in the world.

You’ll encounter the island’s resident lighthouse keeper as you approach the beach and climb down to the boardwalk – a naval serviceman. He is in charge of operating the lighthouse, and he resides on the island with his family for a year or more at a time.

On arrival, you will be welcomed into the warmth of their home by your tour group and presented with a special food package for the duration of your holiday. It’s a fascinating experience for all tourists alike.

Where is Cape Horn?

Cape Horn is located in Cabo de Hornos National Park, Chile. It lies at the southernmost tip of South America. It’s part of the Tierra del Fuego Archipelago. The nearest major city to it is Punta Arenas, which lies about 300 km west.

How to get there

The best way to get there is by boat or ship. These tours are usually between 6 hours and 8 hours long depending on weather conditions, speed of your vessel, and other factors. From Punta Arenas, the nearest major city to it, you must travel 300 km (186 miles) west towards Vespignanis.

When you are there, what should you do?

For a thrilling and action-packed journey, take a cruise to the South Pole. The Adventure Cruises pendant hangs from our museum’s glass ceiling during the summer months in Palmerston North; we look forward to sharing it with New Zealanders when they visit again.

During adventure cruises between Ushuaia and Punta Arenas. The emphasis on these cruises is getting out and about, expect daily landings to explore secluded bays, and zodiac excursions to get up close to marine life.

The waters in this region are rough, and high winds can make landing tricky. Keep seasickness tablets handy, and be prepared to turn back if the conditions change for the worse. Some cruises incorporate two landings into the itinerary for the best opportunity at reaching the island.

Where can I stay nearby?

There are no hotels or inns at Cape Horn. However, you can stay in Punta Arenas for the night, which is only about 300 km (186 miles) away. This city offers a range of accommodation options, including hostels and luxury hotels.

What is there to see in the area? There’s actually very little on the island itself; this is why most people travel here for the experience. There are no trees, and of course, not a single blade of grass. However, it is home to over 300 species of plants and animals. These include Magellanic Penguins, sea lions, and a whole lot more.

What should I bring?

Your passport, sunscreen, sunglasses, good shoes, warm clothes including a windbreaker, binoculars. You’ll also be issued with life jackets for when you are in the zodiac boat.

This is an important safety measure to take if you want to reach the island safely. Some cruises offer the option of staying overnight on land at a campsite. If you’re given this choice, bring a tent and sleeping bag.

What should I wear?

The sun is very strong in this part of the world. Pack plenty of sunscreens and keep yourself covered up with a hat to prevent getting burnt. Make sure you wear comfortable clothing that’s suitable for windswept conditions, as well as sturdy shoes or boots that can be used on rocky shores.

The Cape of Good Hope passage is one of the most difficult and deadly in history; it has claimed far fewer lives, riches, and ships than any other route.

The Cape of Good Hope is located on the southernmost tip of South America and was formerly a part of the clipper routes that carried much of the world’s trade. It served as a passage between the Atlantic and Pacific Oceans.

Today, the Magallanes Region and Cape Horn are home to a wild ocean ecosystem that includes notable marine creatures and seabirds, as well as the world’s southernmost kelp forest.